Largehearted Boy: Corey Sobel's Playlist for His Novel "The Redshirt"

Corey Sobel's Playlist for His Novel "The Redshirt" 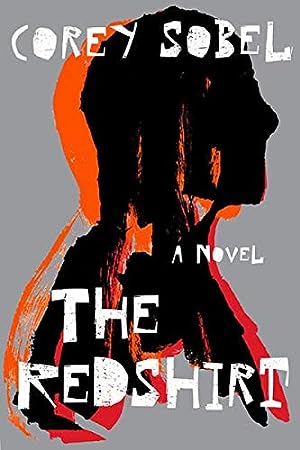 Corey Sobel's debut The Redshirt is one of the best football novels I have read. Set in the world of college football, Sobel's characters are as complex as the story is poignant.

In his words, here is Corey Sobel's Book Notes music playlist for his debut novel The Redshirt:

My novel, The Redshirt, centers on the worst Division One college football program in the country and follows two players through their freshman year on the team. Miles Furling is a white, undersized linebacker from Colorado, a recruit so obscure that he can only manage to get a single D1 scholarship offer to (the fictional) King College. More vexing still, Miles is in the closet in a hyper-masculine culture that would reject him if it found out; and yet this danger only intensifies Miles’s need to belong to football’s world. Miles’s roommate is Reshawn McCoy, a Black tailback and the top-rated college recruit in the country. Why Reshawn chose to come to King of all places gets revealed over the course of the novel, as does why he’s a quiet, often unlikeable presence with his teammates—including Miles.

I imagine all first novels are nice and fraught for their authors; it definitely was for me, not least because The Redshirt is deeply informed by my own experience of being a scholarship D1 player who had a not-uncomplicated relationship to the game. And yet, as soon as I started writing this piece, I found myself eager to reconnect with these characters, to keep exploring their lives and the lives surrounding them. Accordingly, the songs below serve as soundtracks to scenes I never wrote, scenes that allowed me to delve a bit deeper into the King College milieu. So if The Redshirt is the album, then the following scenes are the extra tracks you would get on the deluxe edition.

Terrified that socializing with his high school peers poses too many risks of being discovered, Miles spends a lot of his free time alone. His parents are small-minded, drab people themselves, and his house isn’t big enough to allow for much privacy—so, like kids in shitty towns across this great country, Miles would go for long, aimless drives. He has the radio to keep him company, at least, and being a white kid in the 1990s, that radio will be playing a lot of Pearl Jam. I like to think of Miles driving through the Rocky Mountains’ foothills on weekend nights, and it’s on one of these rides that he hears the first, dusky electric guitar strums that start off “Black.” Like all the best Pearl Jam songs, “Black” is all manly melodrama, and resonates perfectly with a melodramatic teenager like Miles. I also think Miles would love how impossible it is to understand the words Eddie Vedder is singing—Miles would get to make up his own lyrics, singing his heart out in a way he wouldn’t ever allow himself to in front of others.

The lynchpin of Miles and Reshawn’s official recruiting visit to King College’s campus is a strip show that’s thrown for them and the other recruits. The strip show gets weird, to say the least, for both Miles and Reshawn, and yet not nearly as weird as it is for the dancer herself and for the woman I refer to in the book as the dancer’s “bouncer,” a combination manager and bodyguard who is bigger than most of the players. I like to think that the stripper and bouncer are roommates, and after the end of the performance the two of them return to their apartment to carry out the same ritual they do every night after the last job is over: While the dancer, fresh from her shower, sits at the table in her bathrobe and has a glass of red wine to decompress, the bouncer cooks them both dinner—something hearty, maybe spaghetti with meat sauce and garlic bread. After hours of managing horny boy-men, neither woman is in much of a mood to talk. Instead, they listen to music. The bouncer is getting a BA in music composition from a nearby HBCU, and she puts on this recording of Debussy, an assignment from a class about classical composers who helped to influence jazz. Piano figures so fine they seem to evaporate as soon as they leave the speakers, the apartment kitchen filling with the smells of frying ground beef, the dancer and the bouncer quiet, each lost in her own thoughts.

A Guns ‘N Roses song blares from the stadium speakers when the King College Monarchs take the field for the first time in the book—it’s an unintentionally ironic choice, since this mighty hair metal song is being blasted out to a virtually empty stadium. I like to imagine that it’s the stadium’s announcer who chose the song. The announcer is a diehard King Football fan who manages to convince himself every season that this will be the year King turns things around. He’s in his late 40s, his hairline is somewhere past receding, and for the ten seconds the song plays on the six Saturdays King has a home game, the man uses Axl’s cheesy ecstasy as a way to convey his own wild hopes for his team.

Sweet sorrowful Jesus do I hate this song. It starts off with a man rolling his tongue in some off-brand attempt at beat-boxing. There’s a hellishly elongated whistle-screech that pans from right channel to the left. And then there’s that fucking chorus: “To the windoooooows, to the walls! ‘Til the sweat drop down my balls! ‘Til all these bitches crawl! ‘Til all skeet skeet motherfucker! ‘Til all skeet skeet goddamn!” To be clear, this song is probably more technically sophisticated than several of the others I include here, and my loathing for it has everything to do with the personal, unwanted memories it evokes. Even writing those lyrics sucks me back to my freshman year at Duke, looking out at a dance floor filled with my drunk teammates, truly understanding for the first time what people mean by misanthropy. In the book, Miles finds himself in a similar circumstance late in his first fall semester, and this would absolutely be the song that’s playing as he does. But in what I can now understand as a form of wish fulfillment, instead of slinking out of the club like I did weekend after undergraduate weekend, I have Miles march right onto the dance floor and beat the shit out of his mortal enemy.

Reshawn isn’t quite the killjoy his teammates believe him to be, but it’s true that he’s far likelier to be found studying in his dorm room than out dancing at the club. It’s a Saturday night late in the season, and the cuts and scrapes from today’s game are so fresh that Reshawn has to periodically pause his homework to go change the bandages. What with practices, meetings, traveling for the game, the game itself, and an intensely difficult class schedule, Reshawn will have gotten, maybe, a total of 24 hours of sleep in the past week, and yet he refuses to let himself fall asleep tonight until he’s finished his work. Caffeine can only do so much to keep him awake, and so he turns on the free jazz free-for-all “Ascension” to full blast. One of many insights that made Coltrane a genius was recognizing how anger and bliss, terror and transcendence, can sound exactly the same, and to my mind no recording of his embodies that fact quite so thrillingly as “Ascension.” Reshawn will have no hope of staying awake even to this music, and I like the idea of him nodding off to the same glorious noise that’s prompting his neighbors in the next room to bang on the wall, yelling for him to turn it down.

“I Believe in a Thing Called Love,” The Darkness (a capella)

The showers are the concert halls of college football locker rooms. Done with workouts, practice, or a game, players are relieved by the time they get here, and are invariably moved by their relief to sing. The lines for the showers are long, and you need to get in and out of the water quickly—so players don’t sing full songs, but rather just the choruses of songs. One such chorus that took over Duke’s locker room and that would also have taken over King’s was The Darkness’s “I Believe in a Thing Called Love,” a song so satisfyingly silly that it attains a kind of sublimity. Here we have one half of the showering King players belting out the first part of the chorus, in their normal voices: “I believe in a thing called love!” This prompts the other half of the showering players to lift their faces to the ceiling to shout out, in their best falsettos: “Just listen to the beating of my heart!”And then, as one, they join their voices to scream: “I BELIEVE IN A THING CALLED LOOOoooooOOVVE! OOOooooOOH, LET’S GO!” Chants are the binding agent for the hundred-plus members of a football team, and I like to imagine that Miles and Reshawn, miserable and alone as they often feel in this community, sometimes lose themselves when The Darkness is sung in the showers. Maybe they sing along, or maybe they just smirk in spite of themselves.

Miles’s awakening in the book is just as much intellectual as it is sexual—although aren’t those just two aspects of the same thing? I think they are, and I imagine that Miles hears this wondrous song while he’s in the company of a boy he has a crush on. This boy is two years older than Miles, and far, far more cultured than he is. He would be the type to own a CD-R that has a compilation of avant-garde songs, including this one from Arthur Russell masterpiece World of Echo. This composition, like all of Russell’s work, is unclassifiable. “Tower of Meaning…” opens with a long stretch of breathy, wordless singing that’s undergirded by a kind of subterranean feedback growl, and when Russell finally starts to use proper words, they’re snatches of dada lyrics (“I’m watching out of my ear/ When the fog goes up”). Miles is entranced by this music, which is stranger than anything he’s ever heard, and yet he’s also too shy and intellectually insecure to ask his crush who the artist is. Then, years later, long after the story told in The Redshirt has ended, Miles comes across the song again. This time, he looks the song up, and I can see him breaking down crying when he learns that Russell was himself a gay boy from the Midwest who had sought—and finally found—a way to escape.

Corey Sobel is a graduate of Duke University, where he was a scholarship football player and received the Anne Flexner Award for Fiction and the Reynolds Price Award for Scriptwriting. He has reported on human rights abuses in Burma, served as an HIV/AIDS researcher in Kenya, and consulted for the United Nations and other humanitarian organizations. He has written for numerous publications, including HuffPost, Esquire.com, and Chapel Hill News. He lives in Brooklyn, New York.