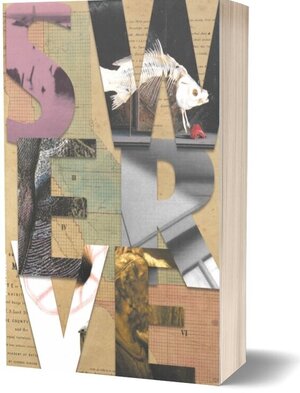 Swerve, the collaborative detective novel written by McCormick Templeman, Rowland Saifi, and Vincent James, is unique and unsettling in the best of ways.

Laird Hunt wrote of the book:

"Smart, strange, funny, intense, wild, stylish, unsettling, sexy, surprising and just, basically, so great, Swerve by Vincent James, McCormick Templeman and Rowland Saifi is a must read for all fans of wildly inventive and gorgeously written ludic enterprise. Part Tlooth, part A Void, just that smidge of Ubu Roi, and plenty noir, Mathews, Perec and Jarry would have had a blast with this. I know I did. I can’t recommend it highly enough."

In his words, here is Vincent James' Book Notes music playlist for the collaborative novel Swerve:

In my (Vincent James) section of Swerve, an unnamed narrator accepts a contracted research mission brimming with personal vendetta from his on-and-off again sweetheart, Fauve. Packing up his cat, Headlight, and a trusty leather portmanteau, The Old Man, he sets off to fulfill Fauve’s charge, only to have his efforts derailed by ratcheting incursions: a sea skirmish between two yachts off the coast of Long Beach, his abduction by the sycophantic TA’s of a famed scholar of Italian madrigals, dreaded dreamlands where gravity disappears and staircases stretch to infinity, and the sudden receipt of fabled objects of antiquity sent by God know who.

All the while, the narrator of my section is at pains to get by. As ritual, he shaves, exercises, showers, cooks, and talks on the phone to Jillian Carbess, an elder stateswoman in his field, to keep his head above water, his reality intact, and his feelings for Fauve calibrated to her seemingly wavering interest.

Music saw me through the writing of this book. With an abundance of reference material due to our constraints, this playlist afforded backbone and a sonic return to emerging themes and helped to anchor my section. Here are a few songs off that list.

The Bad Plus / And Here We Test Our Powers of Observation

Dave King’s drums in this song could rouse the dead. “Observation” has a frenetic energy that’s part Spy vs. Spy chase scene, part careening wooden rollercoaster that feels like it may collapse if it goes any faster. That feeling of tenuousness captures my narrator’s grip on reality as he puzzles through compounding mysteries throughout his portion of Swerve.

Judee Sill / My Man on Love

Judee is my patron saint, and her melodies and instrumentation are anesthesia (especially the palate cleanser handbell ring at 1:39 in this song). I can imagine my narrator listening to “My Man on Love” after a troubled night, with tea and his cat, Headlight, mending himself, breathing again.

“I want you around / don’t let the darkness get you down.” My narrator and his on and off beau, Fauve, are tangled into a charade of which neither fully understands. I like Lane’s lyrics, as she hits “Send the Sun’s” killer soaring bridge, as an expression of their sentiments, and that hope may be around the corner: “Darlin’, believe me, I’ll never deceive ya / We got this love, let’s keep it right / Never be lonely, ‘cause I love you only / And if we can make it just through the night.”

More here on the troubled romance with Fauve. As my narrator susses out who Fauve is in her different guises—Fauve of the Mouth, Fauve of the Envelope, Fauve of the Dress, Fauve of the Creature—he knows that she’s out there, and that “you will love me / for all the reasons everyone hates me.” All he really wants is Fauve, and a pizza, and a bottle of wine.

Warren Zevon / Desperados Under the Eaves

For a novel largely set in California, Zevon’s “Desperados Under the Eaves” is a must: “and if California slides into the ocean / like the mystics and statistics say it will / I predict this motel will be standing / until I pay my bill.” This song has intimacy and big drama, solitude and mystery. I think if they ran into each other at an LA dive, Zevon would have felt sympathy for my narrator, though I’m not sure my narrator would have recognized the prophet in Zevon.

From 2017’s async, the funereal solemnity of Sakamoto’s “Andata” carries the special flavor of fog and melancholy that’s flowing through my narrator’s undercurrents. The song is by turns cavernous and claustrophobic, but there’s a thru-line, even as textures wash over and nearly drown the melody.

Armatrading’s voice, where it stretches to all but breaking and then returns to quiet rasp and pleading immediacy, instantly captivates. The lyrics are full of peril as the speaker bolts the doors and watches a “madman . . . looking at my window” that later turns to a shadow, all the while calling on her beau to “come on home.” For Fauve and my narrator, spending time alone sends both of their minds to fancy and dreaded dreamscapes that they’d bolt outside and hide from if they could.

Back to Spy vs. Spy, Coralie Clément’s “Indecise” has all the neo-noir chase one could want in a song (or novel!) Beyond the swirling sense of drizzly alleyway bewilderment, Clément’s lyrics capture the ennui and paralysis of my narrator as his section of Swerve unfolds — “Mais je n'ai pas de solution / En général, ça m'est égal” — “But I don’t have a solution / In general, I don’t care.”

Vincent James lives and writes in Colorado, where he serves as the Managing Editor of Denver Quarterly and lectures in composition and ethics at Colorado School of Mines. James earned a PhD in English & Creative Writing from the University of Denver and is the author of Swerve (Astrophil Press, 2021) and Acacia, a Book of Wonders (Texas Review Press, 2023). Other work has appeared or is forthcoming at Ravenna Press, Annulet, Tarpaulin Sky, Juked, Heavy Feather Review, Denver Quarterly, and Texas Review. With Madame Crocodile, his record, Temple of a Thousand Blows, will be released later this year. Alongside his daughters, Lola and Daisy, he makes collages under the name, Rara Avis. Find him online at www.FatherFever.com